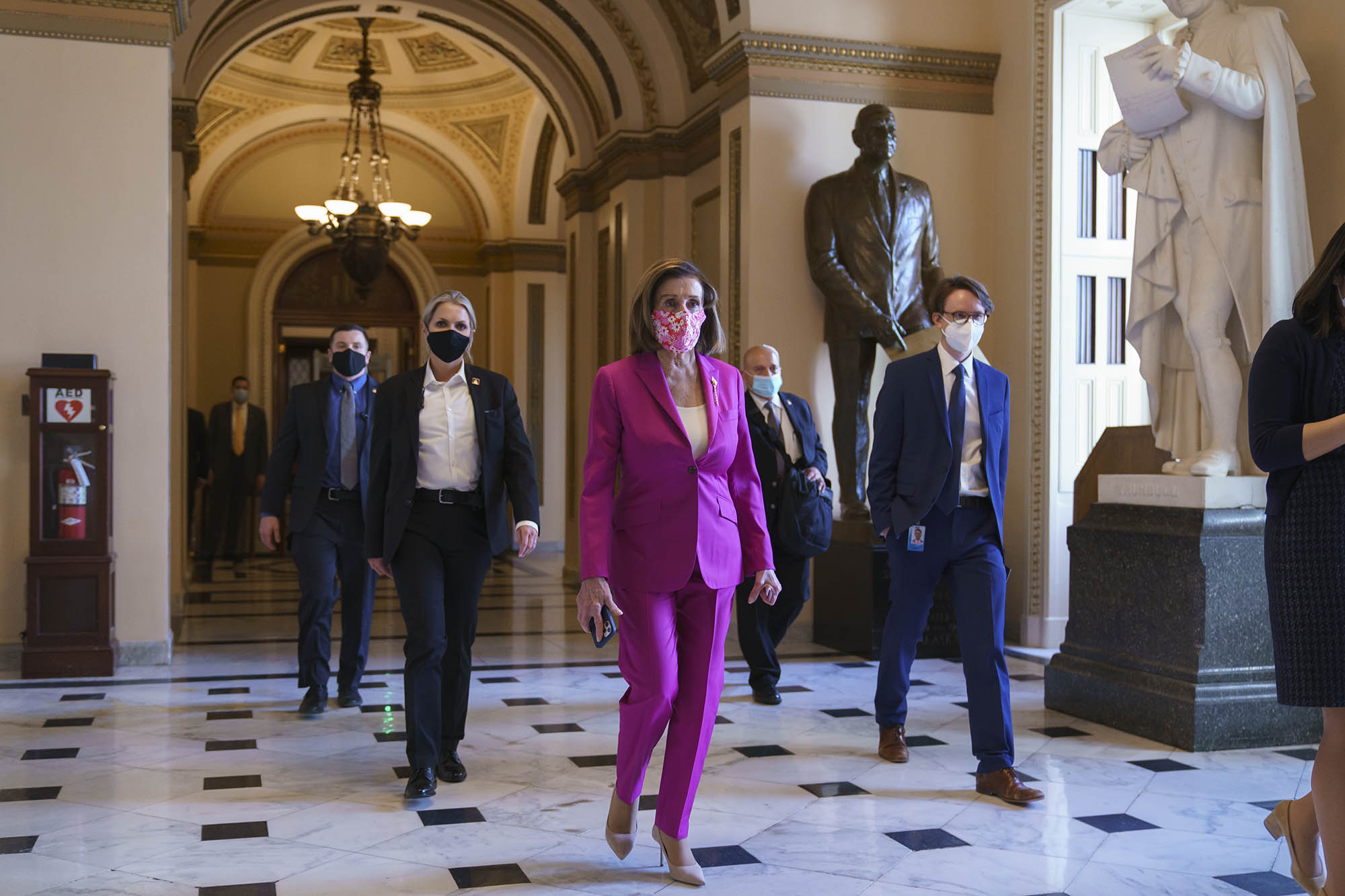 The House voted 219-210 to book two hours of debate beginning at 9 a.m. before a vote on final passage. One Democrat joined all present Republicans in voting against moving forward.

The bill contains $1,400 stimulus checks for most adults and vast sums for state and local governments and businesses, and it is expected to narrowly pass the House with no Republican votes.

The sprawling American Rescue Plan Act will be Biden’s first major legislative achievement as president. It passed the Senate on Saturday following major alterations to a previous House-passed version.

The bill is being rammed through Congress with only Democratic votes under special budget reconciliation rules that allow for a bare majority in the Senate rather than the usual 60 vote supermajority.

The Senate on Saturday approved the final wording following a protracted struggle over details such at the unemployment insurance rate and thresholds for stimulus checks.

In a nod to more conservative Democrats, the income cap for stimulus checks was lowered to $80,000, down from $100,000 in the original House-passed version of the bill. A weekly unemployment supplement was lowered from $400 to $300.

The Senate parliamentarian ordered that the original House-passed bill be stripped of provisions to increase the national minimum wage to $15 per hour and provide $140 million to a rail project near House Speaker Nancy Pelosi’s California district.

The package contains $350 billion in state and local aid and $75 billion for COVID-19 vaccination, testing and other pandemic medical supplies.

The bill grants $1,400 stimulus checks to adults who earn up to $75,000 per year, with smaller amounts for earners under $80,000. An extra $1,400 check is awarded for each dependent child. In a change from past stimulus checks, the income limits apply to checks for kids too.

Republicans largely say the bill is poorly focused and that much of the funds won’t be spent until after the pandemic ends. For example, it offers more than $120 billion for K-12 schools, but the Congressional Budget Office estimates that more than 90 percent won’t be spent in 2021 because funds approved for schools last year haven’t been spent.

Conservatives failed to remove a provision that allocates an estimated $5 billion to a program that will pay off up to 120 percent of the outstanding debts of minority farmers.

The bill also establishes 15 weeks of paid leave for federal workers, including US Postal Service employees, for COVID-19 related reasons, including care of kids who don’t have school or daycare, and creates a new $25 billion grant program specifically for bars and restaurants that will compensate for lost revenue.