How Katherine Schlegel went to ‘Electric Zoo’ and ended up dead

She was an aspiring marine biologist from tony New Canaan, Connecticut who loved nature and hanging out with her friends.

So when Katherine Schlegel, 20, told her mom Elena in August 2018 that she was headed to Randall’s Island for the “Electric Zoo” music fest, “I didn’t think anything about it,” her mother recently told The Post.

“Like, ‘OK, she’s going off for the weekend to a concert,’ ” Elena Schlegel recalled. “And off she went — Friday morning, ‘Bye, have a great a time.’

What happened to Katherine next is a tragic mix of missteps and crime detailed for the first time to The Post by her mom and the dogged Bronx NYPD detective who helped solve the case.

Elena recalled how earlier in 2018, Katherine found herself struggling with school and decided to take a semester off from the University of South Carolina to return home for awhile.

Soon, a friend introduced the young woman to a group of Army soldiers stationed at upstate Fort Drum.

In the spring of that year, Katherine went to the base’s military ball with one of the soldiers, a sergeant named Nick Ramshaw, and the pair started dating.

Elena said she remembers not being “keen” on Katherine’s new relationship, but didn’t worry too much because she didn’t think it would last.

After a few months of dating, Katherine, Ramshaw, Howell and several other friends made plans to attend Electric Zoo — a three-day electronic-music carnival scheduled to culminate with a performance by mega-DJ Tiesto on the Sunday before Labor Day. 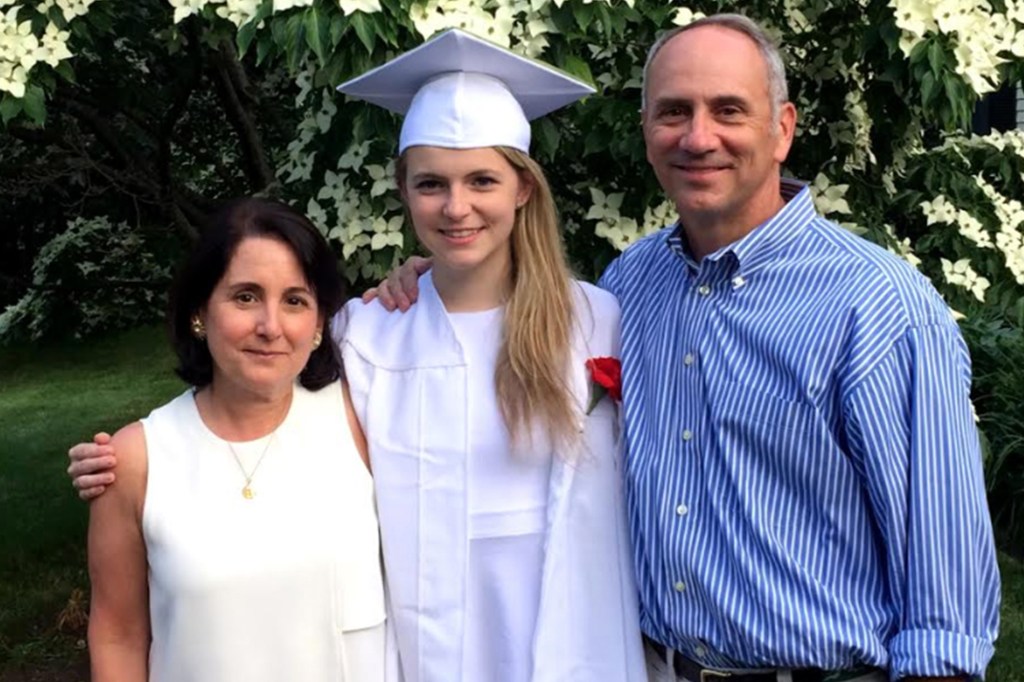 Katherine Schlegel is seen with her parents. 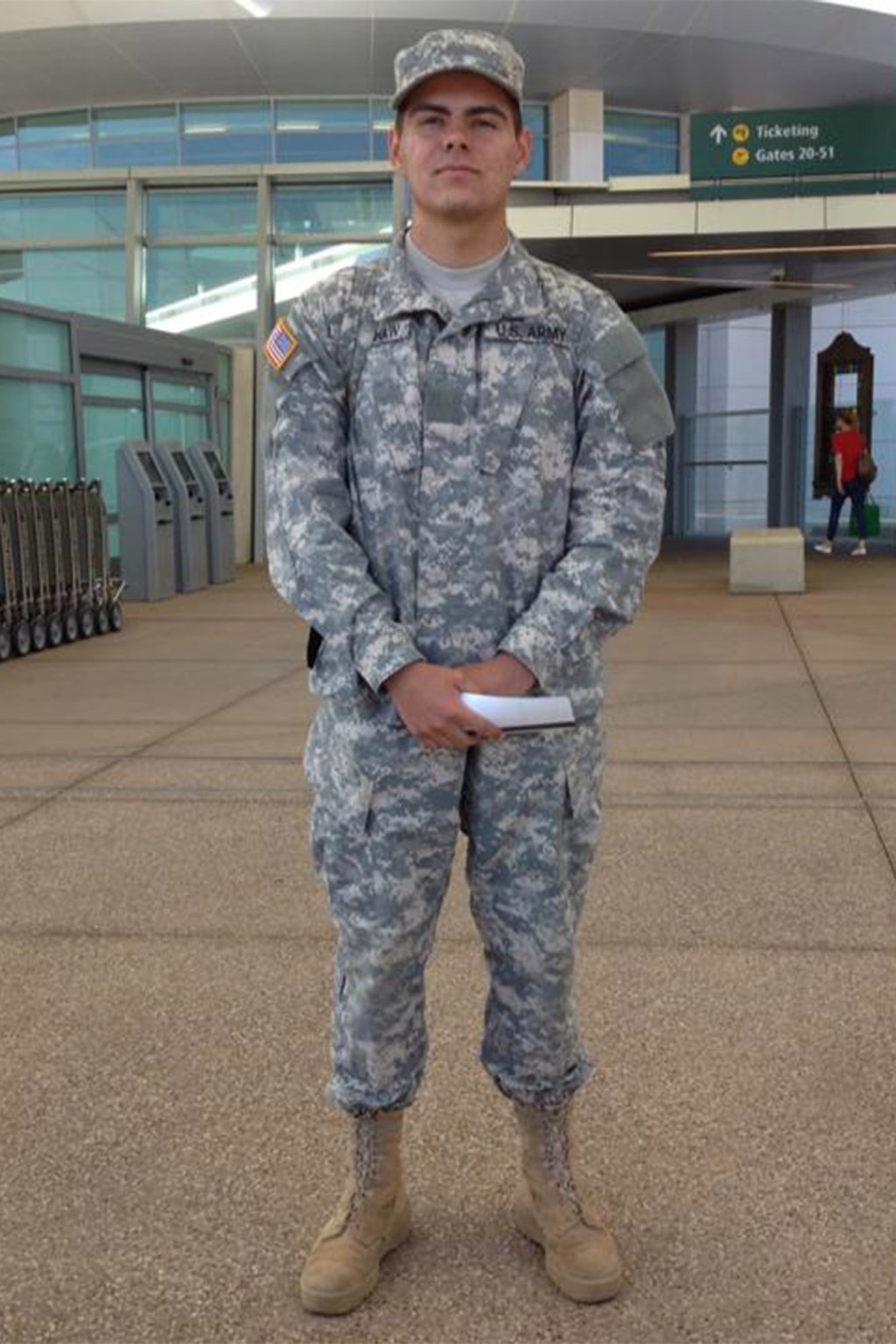 Katherine went to the base’s military ball with one of the soldiers, a sergeant named Nick Ramshaw, and the pair started dating.

On Randall’s Island off Manhattan, Howell arranged to buy 57 capsules of the drug ecstasy, or Molly, from two other Fort Drum soldiers who also traveled to the festival, prosecutors charged in a criminal complaint against him filed in Manhattan federal court.

The soldiers — former Army Spc. Lagaria Slaughter and an unnamed man who is cooperating with authorities — met Katherine and one of her friends near the bag check outside the festival and handed over the drugs, the feds said.

Howell then electronically transferred $560 to the drug dealers, according to the complaint.

“I texted and talked to her that afternoon, and around 9:30 at night, she sent me a picture of her with another friend of ours from New Canaan,” Elena recalled. “She said she was having a good time, and that was that.”

At some point after, as thousands of revelers danced in neon outfits at the site, Katherine collapsed, and her limp body was carried from the grounds by friends and loaded into an Uber.

But instead of heading to a hospital, Katherine’s friends directed the cabbie to an Airbnb in The Bronx, a “notorious” party house they had rented on a shore-line block in Throggs Neck, NYPD Detective Anthony Russo told The Post.

“When [Katherine] arrived back at the Airbnb, she was unconscious, but she was still alive,” said Russo, an overdose-squad investigator.

Her friends at the Airbnb eventually called 911, although they actively tried to hide information from the first-responders who showed up, Russo alleged. 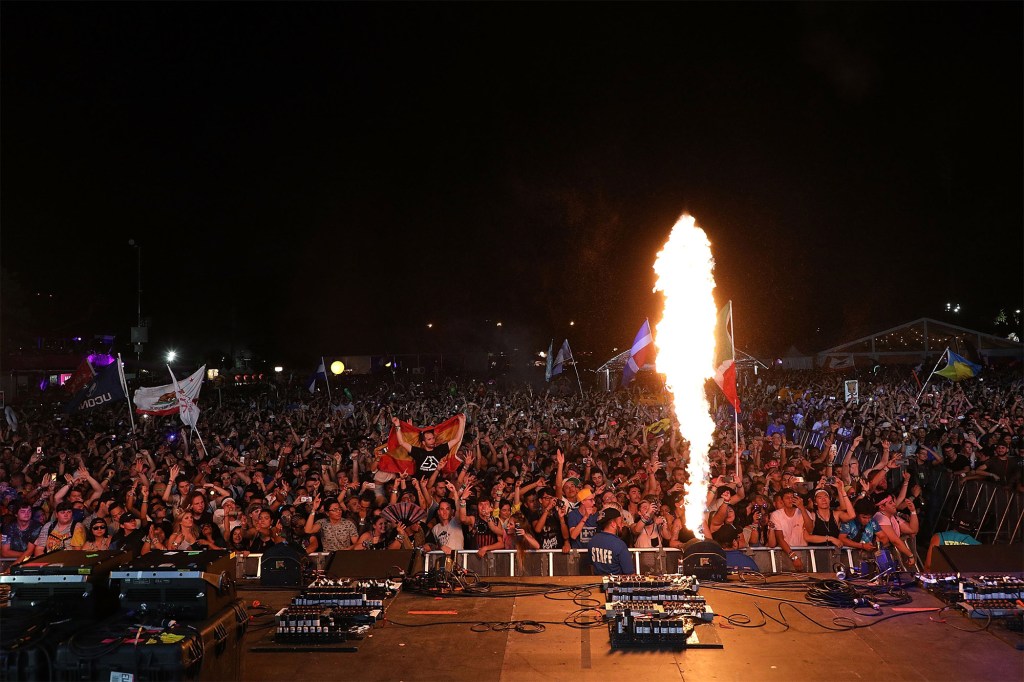 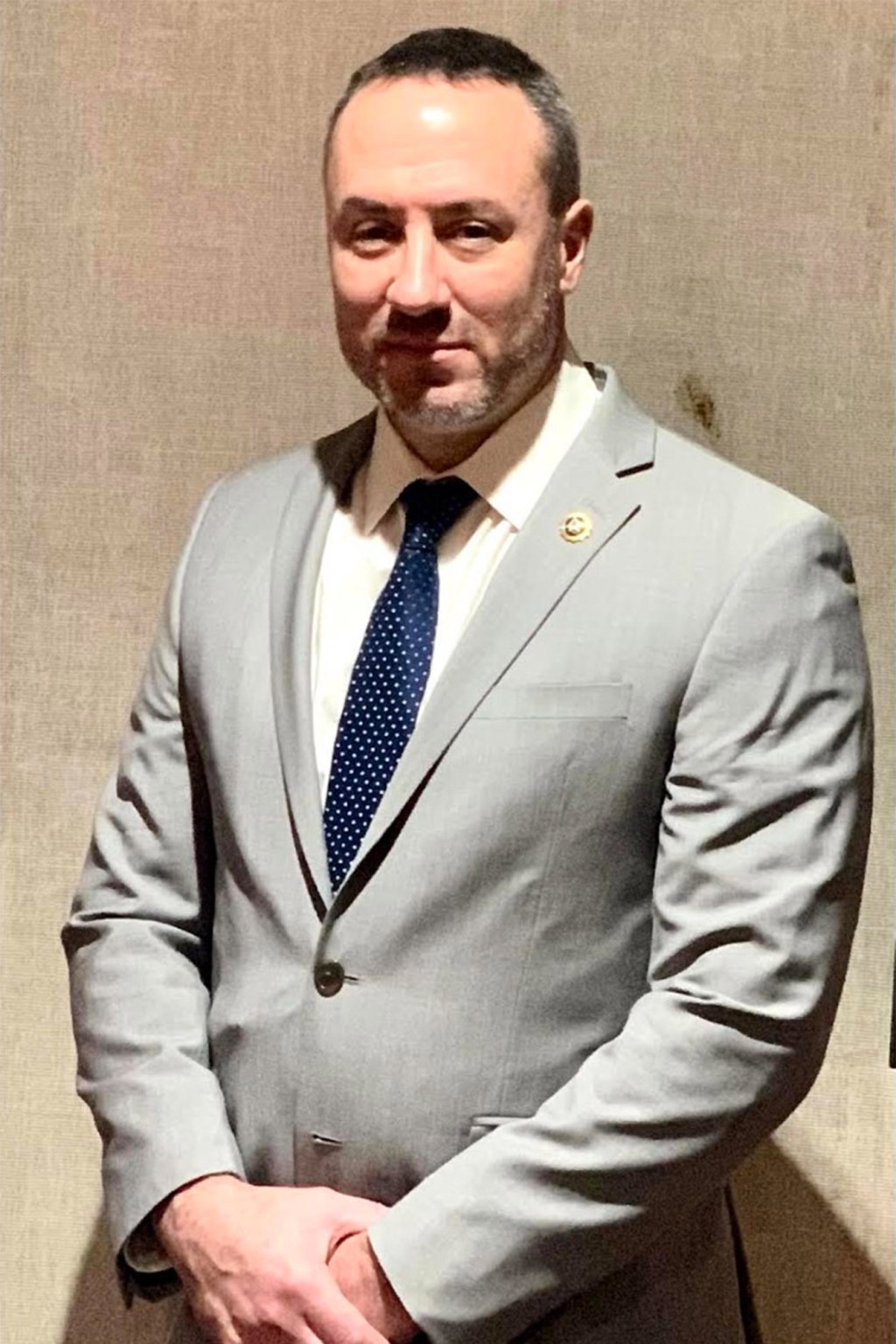 “There was confusion on part of EMS solely because the right information wasn’t being given to EMS,” Russo said. “[Katherine’s friends] were trying to hide what exactly happened to her and what was going on there.”

Katherine was rushed to Jacobi Medical Center and then transferred to a Manhattan hospital — but she soon died.

The city Medical Examiner’s Office later determined she fatally overdosed on a cocktail of drugs, including Molly, cocaine, methamphetamine, amphetamine, an appetite suppressant and Xanax.

Now it was up to Russo — spurred on by Elena — to help piece together what happened and who might be responsible for the drugs.

After Katherine’s death, investigators traced text messages tying her to Howell, Slaughter and the unnamed man who later pleaded guilty to a federal drug charge in exchange for a lighter sentence.

Investigators also searched Slaughter’s quarters and recovered 10 capsules of Molly, 55 doses of LSD, some magic mushrooms and drug-packing materials, according to charging documents.

Slaughter pleaded guilty last month in Manhattan federal court to a federal narcotics distribution charge. He was sentenced to 15 months in prison. His lawyer did not respond to a request for comment.

Ramshaw — who has not been charged with any crime — refused to cooperate with investigators, Russo said. Ramshaw did not respond to requests for comment.

Russo told The Post that Elena’s push for closure helped him continue the investigation, which was slow-moving at times and lasted more than a year. 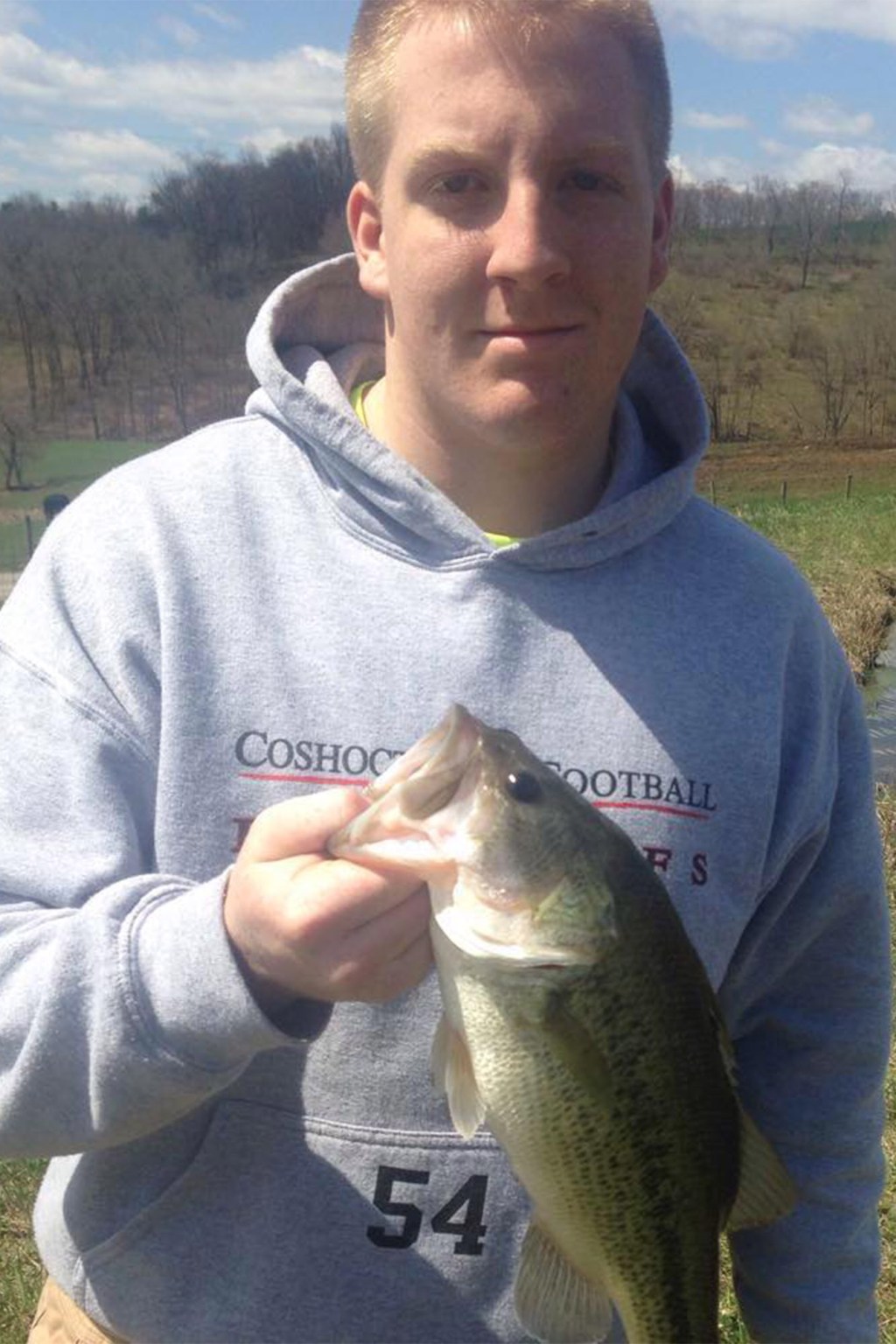 Tanner Howell, who was charged with selling narcotics at the 2018 Electric Zoo that led to overdose death of Schlegel. 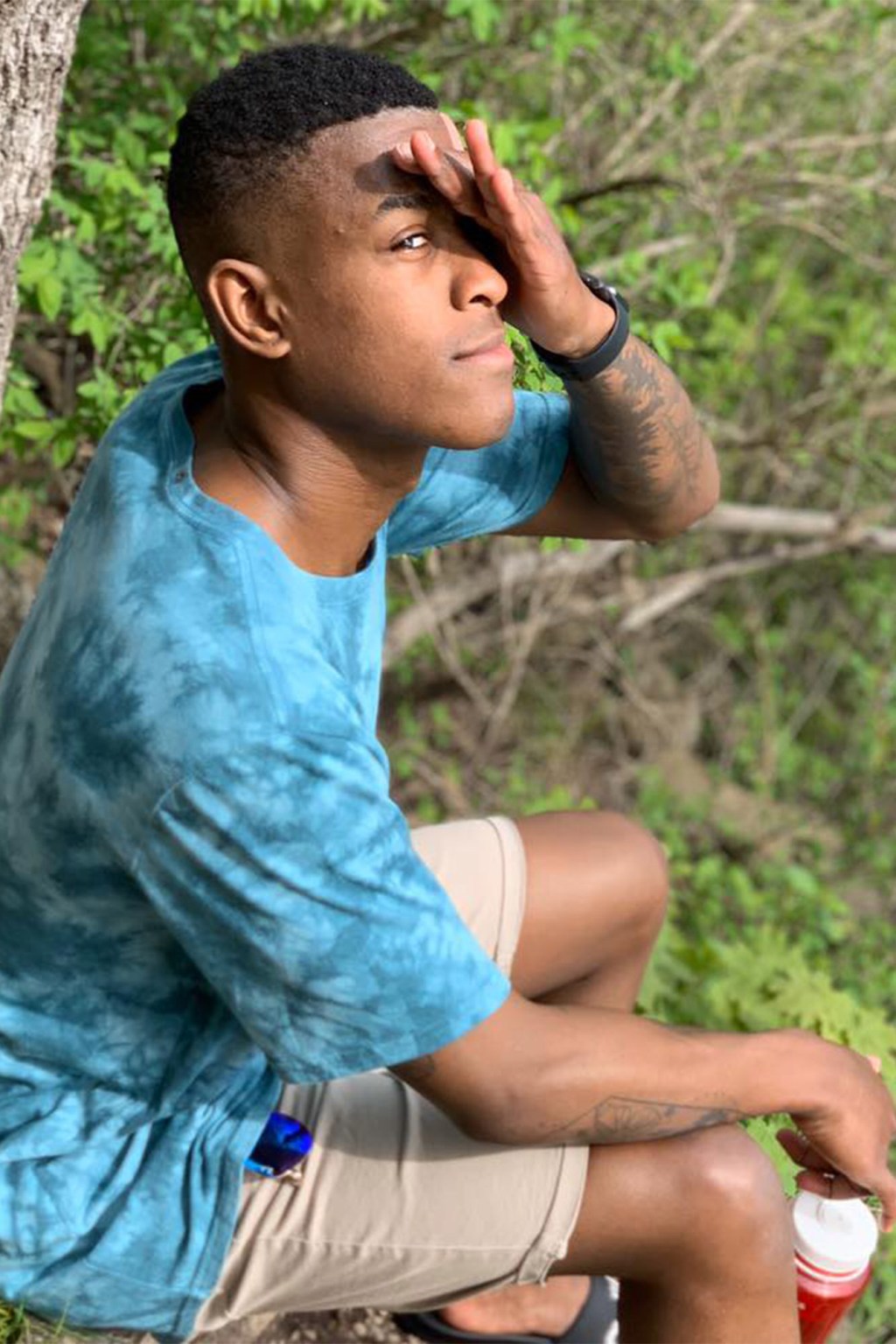 Lagaria Slaughter, who was charged with selling narcotics at the 2018 Electric Zoo that led to overdose death of Schlegel.

“It hit home,” he said of the mom’s anguish. “The least we can do in the unit is bring closure to the families that are affected. It’s something that we bring to all of the cases that we do.”

Katherine was laid to rest at a packed funeral in New Canaan at St. Aloysius church, Elena said.

Ultimately, the heartbroken mother said she is speaking up to warn other parents and young people about the dangers of taking drugs at party events.

“I don’t want someone else to be in the position,” she said. “It’s the worst thing that could ever happen to you.”