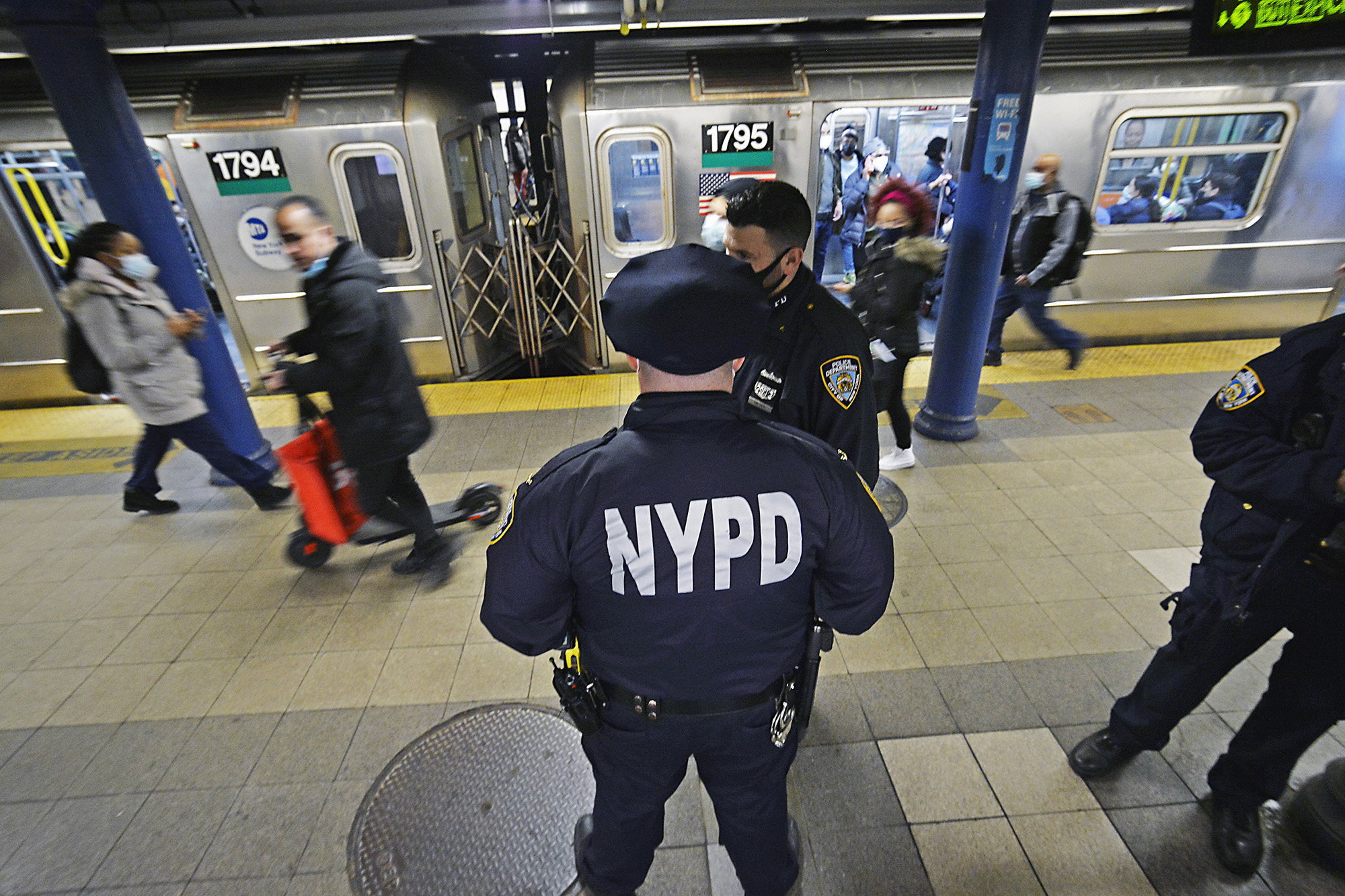 A straphanger was slashed on his head in an unprovoked attack at a Manhattan subway station Tuesday, cops said, continuing a frightening trend of violence on trains in the Big Apple.

The incident happened on the 4/5 subway line at Lexington Avenue and 59th Street around 1:30 p.m.

The victim, who is in his 40s, told cops he was riding on a subway train when two men and a woman attacked him and one of them cut his head with a knife, cops said.

Police were searching for the two men, who were shirtless, and the woman after they fled on a northbound 5 train, police sources said.

The victim was taken to Bellevue Hospital in stable condition. It wasn’t clear which line he had been riding, cops said.

The slashing comes a week after two UPS workers were cut during a fight on a downtown N train at the same station. The duo managed to grab their attacker and hold him down until cops arrived.

Finn Barbuto, 22, was arrested in the attack.

Victim Dan Baker told The Post that he was OK despite receiving 22 stitches.

“I thought I got punched and he stabbed me in the back,” Baker said at the time.